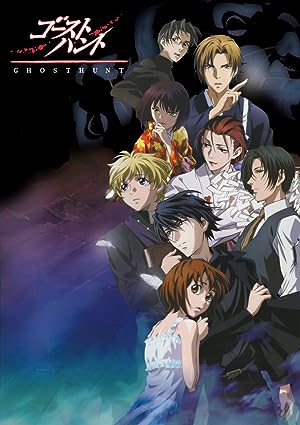 Ghost Hunt (Japanese: ゴーストハント, Hepburn: Gōsuto Hanto), originally titled Akuryō Series (悪霊シリーズ), is a light novel series written by Fuyumi Ono. It follows the adventures of Shibuya Psychic Research as they investigate mysterious occurrences all over Japan with a team of other spiritualists and clever assistants. Although the last novel was published in 1994, the story was left incomplete.

The novels were adapted into a radio drama for Akuryō Series in 1997. A manga adaptation written and illustrated by Shiho Inada began serialization in Nakayoshi in the July 7, 1998 issue and ended on the September 30, 2010 issue. The individual chapters have been collected and published in twelve tankōbon volumes by Kodansha. It is licensed for English-language release, under the name Ghost Hunt in North America by Del Rey Manga and in the United Kingdom by Tanoshimi. An anime television series adaptation of the manga was animated by J.C.Staff and premiered on October 3, 2006 in Japan on TV Tokyo where it ran for twenty-five episodes until its conclusion.

Ghost Hunt also explores the paranormal abilities of the characters, particularly focusing on Mai's "latent psychic abilities," demonstrated by her dreaming about information relevant to their cases. She is often joined in her dreams by someone whom she assumes to be Naru, who acts as a spirit guide, but who is later revealed to be Naru's dead twin brother who had died long before.